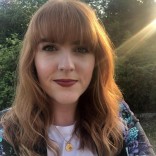 The Benefits of Dry Brushing Your Skin

*** Spoilers ahead for Friends: The Reunion ***
Horizontal

So, after 17 years and all that hype since it was first announced, Friends: The Reunion has finally hit our screens.

I’ll admit that I was looking forward to it and curious to see how it would all play out. I grew up on Friends. I am old enough to remember when the finale of the series aired in 2004 ( I was in 6th class, yes I am officially old!) but I really only become a true fan of the show years later when I watched it every evening after school on E4.

I’ve easily seen most episodes close to 10 times over the years. It’s just one of those shows that’s so easy to watch an episodes or two of no matter which season you pick up. So, it’s safe to say that I know the show inside out.

These are all the random thoughts and feelings that I had whilst watching Friends: The Reunion…

OMG the opening is so clever and well done! It shows that last moments of the series where it pans to the apartment door, but instead of ending the camera keeps moving and shows David Schwimmer (aka Ross) arriving to the set. Honestly the best transition I’ve seen since Beyonce’s Homecoming!

It is crazy to see the sets and how close the Central Perk set is to the girls apartment on the sound stage. It does kinda ruin the magic, so I’m going to scrub that from my memory.

Seeing the cast interact and talk as normal not in character is slightly weird, but they do have natural banter between them like in the show. I think you can tell that they all do really get along and have a lot of love for each other, but Matthew Perry doesn’t seem as into the whole thing, tbh.

I like James Corden, in small doses, but is he the only person available to host? He is constantly everywhere!

It is so sweet to see Matt and Matthew chatting in their chairs like Joey and Chandler and that the rest of the cast is so endeared by it too.

The quiz is a lot of fun with some of the actual questions from the episode itself, but some other trivia questions about the show (maybe they took a few ideas from our Friends Trivia quiz??)

The cast doing a table read of The One With The Jelly Fish is hilarious banter.

Lisa Kudrow being terrified of a bug is honestly just so relatable!

They’re doing some history about the show now which is really interesting! Courtney Cox was originally considered for the role of Jennifer but she fought to be Monica as she related more to her. It’s so crazy to think of her as Rachel and not Monica.

Apparently Rachel was the hardest part to cast and Jen was the last to join. Rachel was seen as too unlikeable which was a problem when you really had to root for her, but Jennifer brought a quality to her that was loveable.

Fun Fact: Jennifer Aniston was cast in another TV show at the time and she nearly wasn’t able to be in Friends! If she had to stay on the other show the first few episodes would have had to have been reshot with a different actress playing Rachel.

The cast did not like the monkey. Poor Marcel. David has a lot of repressed anger about the monkey and how difficult it was to work with an animal. He is being pure Ross!

Matt Leblanc dislocated his shoulder in one of the most famous episodes The One Where No One Is Ready. His shoulder came out of the socket (ouch!!) when he accidentally fell whilst trying to do the bit where Joey and Chandler fight over the chair. They show the actual footage of the accident too! I was actually only watching these episodes the other day and noticed that Joey had a sling for a few episodes. This was written into the show and they had to go back and finish shooting the episode once his arm had healed.

People found Chandler so funny, but Matthew saying that he dealt with anxiety and worry that he wasn’t funny enough goes to show that you just never know what is going on with someone. Seeing the rest of the cast reacting in surprise to this revelation as well really does illustrate the private struggles people have even when it seems that they have it all.

The writers only planned to have Monica and Chandler have a one night stand in London, but when the audience reacted positively they decided to see where the relationship went. Image how different the show would have been without them as a couple!

The reenacting of Phoebe finding out about Monica and Chandler is hilarious! They picked really good and iconic moments to relive for the reunion!

Them showing the cameras still rolling after scenes is hilarious! The Reunion is worth watching just for seeing the laughter during the Pivot scene being shot!

The bloopers are amazing!

When Joey takes off his robe and he was meant to be naked but he had a picture of Ross stuck on him!

Everything You Need To Know About ‘The Baby-Sitters’ Club Reboot

Oh My God….Janice!!! So weird to hear her actual talking voice.

The editing is not great on the show, they could have ran some scenes with guests a bit longer. A lot of it is cut down to the bare minimum like the Gellers, Janice and Gunther. They felt wasted and hardly worth the screen time for how little they were showed. Celebrity guests like Kit Harrington and David Beckham got more time than actual actors from the show, which was a bit disappointing. The show comes in at 1 hour and 39 minutes long; I think it could have been the 2 hours at least.

OMG Jen and David were getting very flirty during season 1 and nearly got together IRL! That is some vintage tea served straight from Central Perk!!!

The way the cast can just slip back into their charters perfectly for the table reads is incredible!

The fashion show of Friends Iconic Fashion Moments is fun with guest appearances from Justin Bieber and Cara Delevingne were fun, but Matt LeBlanc stole the show wearing all of Chandler’s clothes.

I did enjoy The Reunion overall, but I think that they could have done a bit more with it. It felt like they started to scratch the surface with some deep and meaningful moments with the cast and what it was like to be part of the show, not to mention the vintage tea, but everything got chopped down too much.

The show really did feel like old friends getting back together for a chat, so in that regards it was quite nice.

I’m off to keep rewatching the old Friends episodes…could they be anymore iconic??

What thoughts did you have watching the Friends reunion?

Friends: The Reunion is available to watch on Sky and NOW TV now.