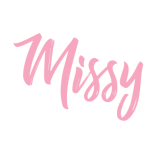 Taylor Swift is giving us a breather from her surprise album releases and instead focusing on re-releasing her iconic first 6 albums.

Quick recap: Taylor walked away from her former record company, Big Machine, in favour of a new deal at Universal Music. After attempting to buy her back-catalog of music from Big Machine and failing they sold it to Scooter Braun, drama ensued. In order to have control over her music she is re-recording her first 6 albums.

First up is the re-relase of Fearless, the album that gave us Love Story and turned Taylor into a global superstar.

The release of Fearless includes Taylor’s version of the songs, plus songs from The Vault that never made the original album. 70 Questions For Your Next Zoom Quiz

QUIZ: Which Covey sister are you from ‘To All The Boys’?

Quiz: Which “To All The Boys I’ve Loved Before” Character Are You?

QUIZ: How Well Do You Remember To All The Boys 1 and 2?

QUIZ: Which ‘It’s A Sin’ character are you?