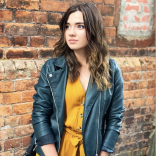 When it comes to gender and sexuality there is a lot more to the equation than male or female, heterosexual or homosexual. Educating ourselves on the multitude of genders and sexualities is very important.

Seeing as June is Pride month, we thought it only fitting to put together a guide on the Gender Identity Terms you need to know to correctly describe gender and sexuality.

You’ll hear these terms used a lot throughout this article, so let’s get a grasp on what sex and gender are, and how they differ.

Usually refers to the biological differences in males and females. Sex is often assigned at birth based on genitalia.

Is more difficult to describe. Often society dictates that those born as males are men, and those born as females are women, and therefore should adapt the traits of the genders to correspond with their sex. However, there is far more to gender than these two definitions. Gender is a spectrum, with many aspects.

Both terms, like many things, are socially constructed. Meaning society has assigned certain language to identify certain aspects of sex or gender. Now that we’ve grown beyond just male and female, society has a few new terms to ensure everyone feels included, and everyone has a way to identify and express their gender and sexuality.

The phrase LGBTQ+ is very popular for describing the community, but just in case you don’t know what the letters stand for:

A female who is sexually attracted to and/or has romantic feelings towards other women.

A male who is sexually attracted to and/or has romantic feelings towards other men. Whilst the term gay is usually used to describe male homosexuality some female homosexuals may prefer to also be called gay, instead of lesbian.

Is used to refer to a person who is attracted to/has romantic feelings towards men and women, or people of any sex or gender identity.

Those whose gender does not necessarily line up with those socially constructed ideas of what is male or female that we mentioned before.

A term that encompasses all gender and sexuality minorities that are not cisgender or heterosexual. Queer was often used as a derogatory term, however it has been reclaimed by the LGBTQ+ Community to be a positive.

The + in LGBTQ+ is used to encompass the many other genders and sexualities, so let’s take a look at some of these.

A person who identifies as a gender different to the one they were assigned at birth. Transexual people often change their body to fit their gender by undergoing surgical procedures.

A person who may be questioning or wants to explore their sexuality or gender. A person can also use this term if unsure or they don’t want to assign a distinct label to themselves.

A person who is born with reproductive or sexual anatomy that does not match either male or female definitions. For example, someone could be born with both ovaries and testicles. On the outside, a person may have female or male genitalia, however their internal organs may not match up with these. Hormones released during puberty may also not match these organs or genitalia.

A person who does not experience sexual feelings/attraction. Applicable to any gender or sex.

Someone who does not experience romantic attraction/feelings. Applicable to any gender or sex.

A person who is attracted to others not based on gender identity or sex. Pansexuals often refer to themselves as “gender blind”, meaning their sexual or romantic attraction to someone is not based on the gender to which the person identifies.

Why White People Should Never Say (or Sing) The N-Word

An umbrella term to describe those whose identities fall outside the binary ideas of male and female.

Usually a cisgender or heterosexual person who respects members of the LGBTQ+, often aligning themselves with the LGBTQ+ community when it comes to matters of equal rights, gender equality, and social movements.

A person who identifies as the gender/sex they were assigned at birth.

Those who identify as bigender often undertake characteristics of two genders. These genders could be male and female but could also fall under non-binary genders. Some bigender people will choose between the gender they wish to identify as, whilst others incorporate both.

Meaning without gender, those who identify as agender do not feel a connection with any gender and therefore choose to go without gender or be gender free.

The most important thing is that you feel comfortable with yourself and that you’re supportive of other people and what they identify with.

If you feel like you need to talk to someone you can check out some helplines available here.

Whilst we have tried to include as many gender identity terms as possible, we may have missed some. Should you know of any we need to add, leave a comment or drop us an email! How To Be A Good LGBTQ Ally To Friends

Demi Lovato comes out as non-binary

You Can Now Add Your Pronouns To Your Instagram Profile

Everything That You Need To Know About Contraception